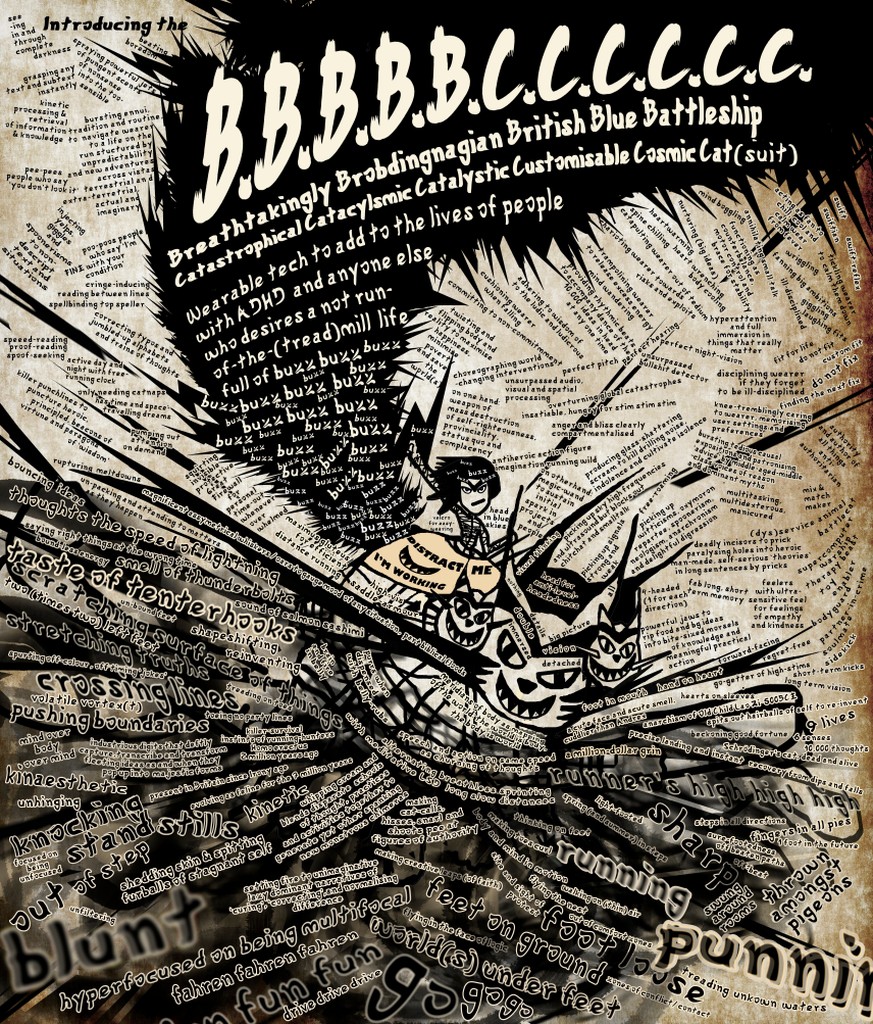 Conceptual artwork exploring attention deficit hyperactivity disorder (ADHD), dyslexia and dyspraxia. At the centre of the image is a person pictured wearing a high-tech 'cat suit', which is designed to assist and enrich the lives of people with - and without - ADHD, dyslexia and dyspraxia. Depicted with multiple heads and frantic legs in motion, the image may be considered as a freeze-frame of ADHD in action, as well as a snapshot of how a non-neurotypical mind may function. The use of wordplay and the rendering of text as visual elements illustrate subjective ways for a visual thinker to make language understandable. Through this work the artist aims to provoke discussion about neurological difference and to represent it in a positive way instead of focusing on ADHD as an abnormality. References are made to ancient Chinese Daoist medical diagrams that map the human body as an active agent of the cosmos, Hindu iconography (Brama) and literature (Don Quixote, The Tin Drum).

Visit the Reference Desk on the Library's 2nd floor to meet with the librarian.  No appointment necessary.

Email a librarian using the Ask-A-Librarian Form.  We will do our best to respond to your query within 1-2 hours during our normal hours of operation.  It may take longer if the library is busy or the library is closed.

The library now has a service where you can chat live with a librarian online during Reference Desk hours.

The library has a Subject Guide for every major that can help you get started with research and many courses have specialized pathfinders which can help with your assignments. 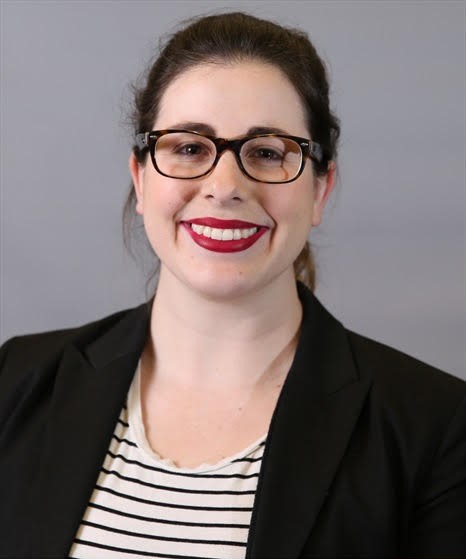