Welcome to the Primary vs. Secondary Library Workshop!

In order to get the most out of this workshop you should watch the video, review the notes, and then take the quiz.  There are additional materials listed below directing you to primary and secondary sources in our Archives and Special Collections, the Marist Library, and beyond.  These materials will be useful to refer back to as you start working on papers and final projects for your class.

The below PDF includes a quick overview of the main points of this Primary and Secondary Sources video.

Primary Sources are immediate, first-hand accounts of a topic, from people who had a direct connection with it. Primary sources can include:

Specific examples of Primary Sources include:

Secondary Sources are one step removed from primary sources, though they often quote or otherwise use primary sources. They can cover the same topic, but add a layer of interpretation and analysis. Secondary sources can include:

Examples of Secondary Sources include:

Could it be both primary and secondary?

It all depends on how you use it.

Newspaper and magazine articles can be a primary or secondary source. o If the article was written at the time something happened, then it is a primary source.

Here's another example.  If you are researching English playwrights, a Shakespeare play would be considered a secondary source. However, if you study Shakespeare’s plays to try to glean information about his life for a biography, you could argue his plays are primary sources.

And here's a final example.  A biology textbook would be considered a secondary source if it's used in the field of biology, since it describes and interprets the science, but makes no original contribution to it.

On the other hand, if the topic is science education and the history of textbooks, textbooks could be used a primary sources to look at how they have changed over time. 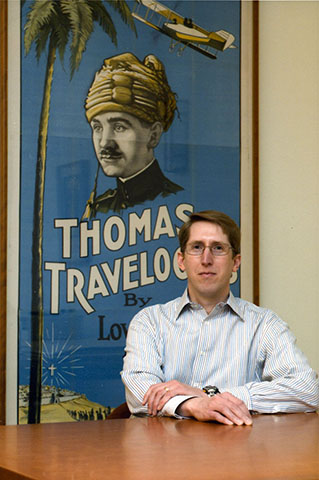